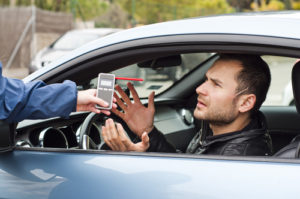 Despite the many laws in place across the country to keep motorists from driving under the influence of alcohol or drugs, people do it all the time. It is a risky practice that often ends up with someone injured or even worse — dead. And while alcohol is usually at the forefront of DUI conversations, a recent study has found that fatal car crashes involving marijuana, opioids and drug use have not only increased over the last decade but have also surpassed the number of incidents related to alcohol.

According to the Governor’s Highway Safety Association, alcohol accounted for 38 percent of fatal accidents in 2016. On the other hand, drugs were associated with 44 percent of fatally injured drivers. Of those who tested positive, 38 percent had marijuana in their system upon testing while 16 percent tested positive for opioids and four percent had a combination of the both.

When it comes to testing drivers suspected of driving under the influence of alcohol, there is a nationally accepted way to do so. Drivers are either breathalyzed or blood-tested in order to determine their BAC (Blood Alcohol Content). As of now, there is no nationally accepted method to test a driver’s drug impairment. However, that is not the only challenge of driving under the influence of drugs can present. Studies have shown that different drugs have different impairing effects in different drivers. Additionally, it is still unclear as to how much of an effect marijuana or other drugs can have on crash risk.

While there are still some things that need to be worked out in order to effectively test drivers under the influence of drugs, penalties exist for those found to be doing so. In Pennsylvania, DUID convictions exist, meaning you could end up with a permanent criminal record if convicted. A first-time offender faces jail time of up to six months, the suspension of their driver’s license for 18 months, a fine of $5,000, 150 hours of community service and a requirement to attend Alcohol Highway Safety School. If you end up with a second DUID offense within a 10-year period the penalties increase to five years in jail, a $10,000 fine, and the requirement to install an ignition interlock device on your motor vehicle. Subsequent DUID offenses mean the penalties only increase. If you are facing a DUID charge, you will need the help of an experienced Erie, PA DUI defense attorney.

Again, a DUID or DUI charge can negatively impact your life and leave you with a permanent criminal record. The good news is that charges can be beaten or dismissed as long as you have a strong defense on your side That is why you need the experienced team of the lawyers at Purchase, George & Murphy, P.C., a Pennsylvania based law firm. Their aggressive DUI defense attorneys know the ins and outs of DUI laws and penalties and know what to look for when it comes to building you a strong defense. Fill out the online contact form for a consultation and speak with an experienced Pennsylvania attorney about your case today.