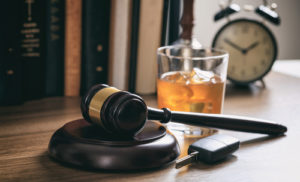 A new ruling in Pennsylvania could prevent people convicted of a second DUI from purchasing a firearm. This has become a hot button topic in Pennsylvania, as many argue that a DUI conviction is not a serious enough crime to warrant losing the Second Amendment right to bear arms.

The man at the center of this discussion is Raymond Holloway, who in 2016 attempted to purchase a gun but wound up being denied due to prior DUI convictions. He was charged with his first DUI in 2002 and his second in 2005.

Holloway claims that the law should not apply to him because he is not a felon. Holloway sued and won his case in district court, reversing the decision that he was unable to purchase a firearm.

The case was presented in the Third Circuit Court in October 2019. The appellate court issued its decision on January 17, 2020.

Tim George, a criminal defense attorney at Purchase George & Murphey P.C. in Erie, said the following about the ruling:

“What the court said is it is a serious offense. It is the sort of serious offense that the federal statute contemplated when it ruled and held that someone with a conviction of an offense punishable of more than two years in prison out to be stripped of their Second Amendment rights.”

The Opinion of the Court

The court’s opinion was written by Judge Patty Shwartz. She wrote the following, referencing a Supreme Court ruling that described drunken drivers, especially those who have a BAC higher than the legal limit and those who drive multiple times under the influence as:

“The most dangerous offenders. Thus, all branches of the federal government agree that DUIs are dangerous, and those who present a danger may be disarmed. The legislature’s mandate that repeat DUI offenders receive at least three months in jail reflects its judgment that such offenses are serious.”

Were you arrested or charged with DUI in Pennsylvania? The consequences of a conviction could be severe, leaving you with a permanent criminal record and possibly even sending you to jail. That is why you need to speak with a qualified criminal defense attorney as soon as possible about your case. The attorneys at Purchase George & Murphey P.C. have successfully represented clients charged with DUI in Erie, Crawford, Meadville, North East, and throughout Pennsylvania. Call 814-273-2010 or fill out the online contact form to schedule a consultation with a member of our legal team. We have an office conveniently located at 2525 W. 26th St. in Erie, PA 16506 as well as offices located in Meadville and North East.

Disorderly conduct consists of any improper behavior such as fighting, threats of violence, or creating a dangerous atmosphere.