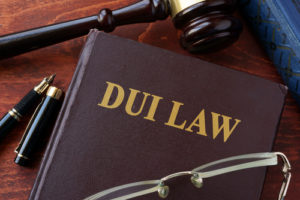 With the rise of services like Uber and Lyft in America there are more ways than ever to try and stay away from behind the wheel of a vehicle if you have had too much to drink or are under the influence. However, if you find yourself having to deal with a DUI (driving under the influence) or DWI (driving while intoxicated) charge there is some information that would benefit you to be aware of, from what will happen at your arraignment to what your options are in dealing with such a charge. The laws surrounding DUI and DWIs are strict for a reason, as keeping impaired people off of the roads is a major priority. Still, if you find yourself in an unfortunate situation such as this you do have your rights and there are steps you can take to make a stressful time a little easier to deal with.

If you are arrested for a DUI or DWI it is highly likely you will have to appear before a judge for a court appearance called an arraignment. An arraignment is where a defendant gets formally charged with a crime and they have to respond to that charge by entering a plea where your options are normally guilty, not guilty or no contest. It is not a requirement to have a lawyer for your arraignment since you are only entering a plea and that is something you could also change at a later date if you wish. There are some circumstances that having an attorney might be a good idea though, for instance if you are charged with having prior under-the-influence convictions they would advise you to deny them so that you could challenge those charges at a later date.

When it comes to plea bargaining or sentence bargaining as it is sometimes called this is where a defendant and the prosecutor are able to reach some compromise in your sentence. The defendant ends up entering a guilty or no contest plea in exchange for a lesser charge, fine, or jail sentence. This enables the defendant from suffering a worst case scenario of the charges that they face and it gives the prosecutor a conviction without having to go to court. A successful plea bargain usually depends on how strong a case the prosecutor has against the defendant, so the more evidence they having including if there were any people injured in the incident or if your BAC level is abnormally high this will be a harder route for you to take.

Regardless of whether you want to make a plea bargain or go to court it will definitely benefit you to have a qualified attorney with a long history of defending their clients for serious charges such as these. Contact Purchase, George & Murphey P.C. by calling us today or just fill out our convenient online contact form to learn more.