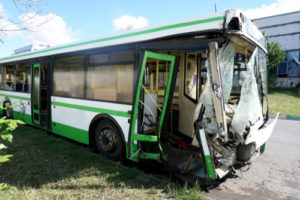 A 20-year old woman and student at the University of Pittsburgh, was recently struck and killed by a Port Authority bus that was operating in the Oakland area. The student, Barbara Como, was in her senior year of college and had been working as a research assistant for the university while majoring in anthropology. An investigation is ongoing as police try to piece together everything that transpired leading to the collision and the untimely death of Como.

Details of the Crash

The initial accident occurred between Fifth Ave and Desoto Street in the afternoon on Saturday. One student, Carissa Trievel, claims that she saw the police but did not know what happened until someone else told her that a student was hit by a bus. A witness managed to see the entire ordeal take place. The witness claims that Como was not in the street and was actually standing on the pavement as the bus crashed into her. While several people witnessed what happened, only a few stayed around to let the police know what they saw.

Kaitlin, one of the witnesses of the accident, was shocked to find out that there were only three statements provided to the police officers during the aftermath of the accident. She said that there were at least 20 other people who witnessed the bus accident who could have come forward to let the police know exactly what they saw. She believes that anyone who saw something should be willing to provide a statement to the police to make them aware of the situation and how things happened.

Kaitlin has been vocal on defending the actions of Como leading up to the accident. While there was a lot of misinformation put out on social media sites, Kaitlin claims that Como was not in the wrong and that she did not have headphones in her ears when the accident occurred. Kaitlin said that she refuses to stay quiet when she sees misinformation and rumors being spread on the internet, especially when those rumors are negatively impacting an innocent person or the loved ones that are left grieving due to the loss of their loved one.

Because of the accident, the University of Pittsburgh has offered crisis support to students who would like to speak about what they witnessed or simply confide in someone they can trust while talking about how they feel about the situation.

While the investigation is ongoing, there is reason to believe that the bus driver caused the accident because Como was said to have been on the sidewalk. In this case, the driver may have been distracted while operating the bus. If the driver was using a smartphone, talking to another person in the vehicle, or even driving while intoxicated, he or she may have caused the accident and death of Barbara Como. If this is the case, the family of Como may want to pursue a wrongful death case against the bus driver and the Port Authority for the negligence that caused their loved one to pass away.

Did you or a loved one sustain serious injuries due to a bus accident in Pennsylvania? Don’t let the medical bills pile up while you wait for the negligent party or their insurance company to do the right thing. Right now, you need an aggressive personal injury attorney on your side, fighting to get you the compensation you need, want, and deserve. The skilled attorneys at Purchase George & Murphey P.C. represent clients injured because of bus accidents in Erie, Crawford, Meadville, North East, and throughout Pennsylvania. Call 814-273-2010 or fill out our online contact form to schedule a free consultation about your case. We have an office conveniently located at 2525 W 26th St. in Erie, PA 16506 as well as offices in Meadville and North East.