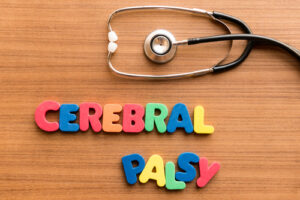 Was your child diagnosed with cerebral palsy? The Erie Medical Malpractice Lawyers at Purchase, George, and Murphey can help you file a claim.

Cerebral palsy refers to a medical condition that involves abnormal development of a child’s brain or damage to a child’s developing brain, which impacts a child’s motor skills and may also be accompanied by speech and cognitive impairments. Although cerebral palsy is commonly considered a birth injury, further research has shown that cerebral palsy can be caused at any point over a span of time during pregnancy and during and shortly following birth.

What Are the Types of Cerebral Palsy?

Some medical experts classify cerebral palsy into one of two types:

How Can Cerebral Palsy Be Caused at Birth?

Some cases of cerebral palsy can be caused at birth for multiple reasons, such as:

When Can You Sue for Cerebral Palsy?

Were you or a loved one injured due to medical malpractice in Pennsylvania? Then you need to talk to an experienced medical malpractice lawyer as soon as possible for guidance on how to proceed. The Erie birth injury attorneys at Purchase, George & Murphey, P.C. are prepared to assist you with your legal claim. We represent victims of negligent surgeons, doctors, nurses, and pharmacists throughout Pennsylvania, including Millcreek, Harborcreek, Fairview, and Meadville. Call us today at (814) 833-7100 or fill out our online contact form to schedule a consultation. Our main office is located at 2525 W. 26th St., Erie, PA 16506, and we also have offices in Meadville and North East.